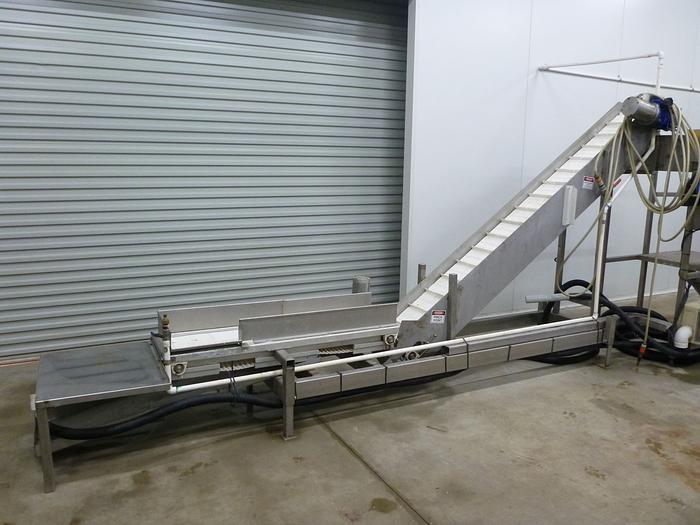 GP Grading line used for oysters This line sorts the oysters into a single stream and they can be graded optically and by weight. Electronically sorting and counting oysters according to size and weight is the most efficient option. Below is a link to GP Graders promotional video showing it operating when first installed. It has been modified somewhat since then as you see from the photos, particularly around the loading section. It was supplied in 2012 but hasn't been used since 2015,and only light use before that. It was manufactured by GP Graders in Victoria and they still make many types of grading machines for the fruit industry. This was set up for oysters. There are also quite a few spare parts for it, mainly for the weighing cups. New price was about $130,000,